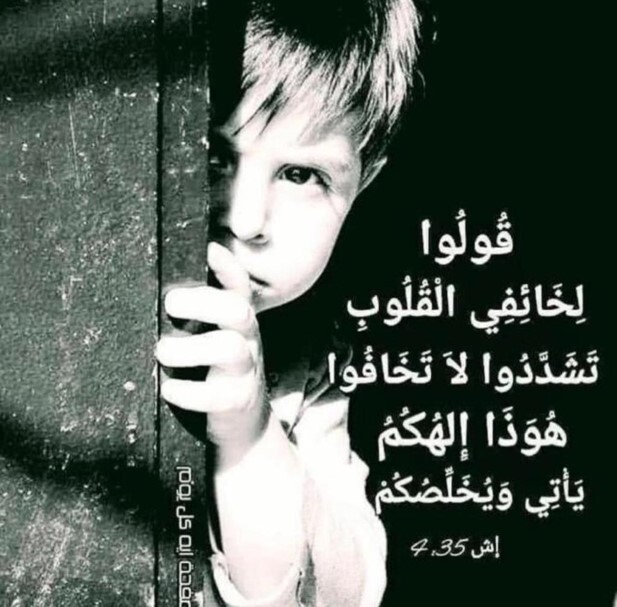 Ryan, one of our Arabic mentors, received a call on WhatsApp from an unknown number.

The photo above was the caller's profile picture. Written beside the picture of the fearful child is Isaiah 35:4: “Say to those who have an anxious heart, “Be strong, fear not! Behold, your God will come with vengeance, with the recompense of God. He will come and save you.” The photo is emblematic of the fear, yet desire to be known, that is so familiar to former Muslims living in Muslim nations.

Abdul was a former Muslim, a young man in his 20s who lives a few hours’ drive from Baghdad, the capital city of Iraq. He is from a well-known and respected Shiite family. After questioning and and eventually rejecting Islam two years ago, Abdul recently gave his life to Jesus.

“What caused you to start to question Islam two years ago?”, Ryan asked him.

Abdul was shocked at the extreme violence and hatred that terrorists demonstrated when they occupied his city. He could not believe this terrorism was based on the Islamic faith.

He decided to investigate Islam for himself and was shocked when he realized that these radicals were expressing the true Islamic zeal that the prophet promoted. Abdul no longer wanted anything to do with Islam.

“When I was studying Islam, I realized that even a nominal Muslim, if he starts searching deeply in Islam, will conclude one of two things: if his heart is soft, with a respect for human life, he will leave Islam. If his heart is hard, he will become a terrorist.”

Abdul’s faith in Christ is growing and he is seeking greater understanding and fellowship. Although Ryan knows other believers in his city, he cannot risk introducing Abdul to them because of the extremely dangerous and hostile environment in Iraq. Instead, Ryan continues to disciple him and introduce him to other Muslim background believers online.

Will you please pray for this brave young man of great conviction? Pray that he will be strong and courageous and released from his fears. Remember him and the many other believers who desire to live out a strong faith in Christ in the Muslim world. Pray that God will protect them and give them courage and joy in their suffering. Pray God’s Kingdom will advance in this part of the world.

If stories like this inspire you, will you consider giving a gift to this ministry? You can help other former muslims find the discipleship they long for.